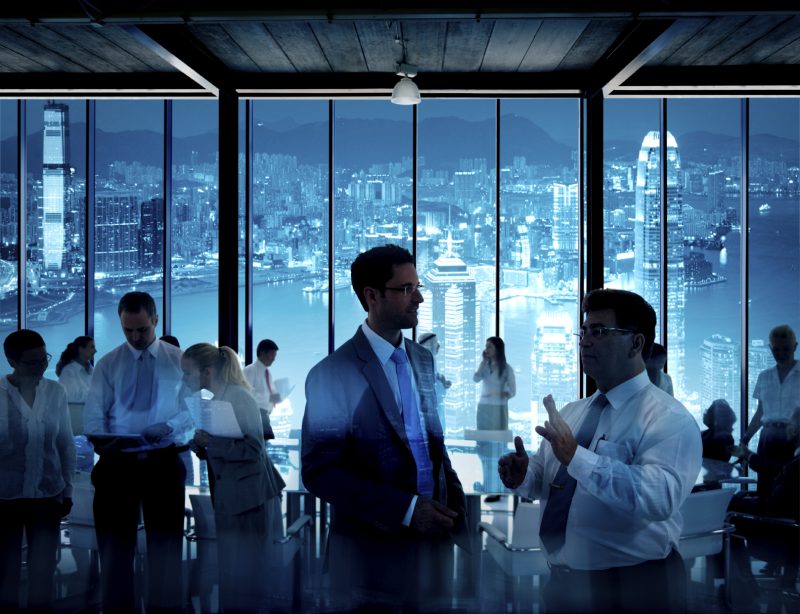 No matter what industry you’re involved with, building a network of professionals is a crucial aspect of moving forward as a business or entity. Although many people understand what the idea of networking is, very few folks put a plan behind that idea. There is more to networking than shaking hands and collecting business cards, and on Wednesday, September 16th, I will give you an in-depth analysis on the Effective Networking Effect on a new installment of Webinar Wednesday, presented by MOR U and MOR Financial. Register HERE.

Until then, I will give you a preview of my discussion by touching on a few aspects of networking that are often misrepresented.

Since the 18th century (yes, it’s true), people have exchanged business cards. When a concept sticks around long enough to become an institution, people stop questioning it entirely. It is now the norm. That being said, once in a while you have to look at the idea of collecting business cards and ask, “Why am I doing this?”

The easy answer is the same answer to the question, “Why do I need a business card?” It’s to make contacts. Each contact you make can eventually blossom into a resource and any businessperson worth their weight knows that you can never have enough resources. However, having a pile of business cards at the end of an event is only the tip of the iceberg. What now? What’s the plan? Do you enough cards? Do you have too many? Did you have a number you were trying to reach?

Talk to Everybody and Anybody

Unless you’re the one organizing a networking event, chances are you only know or have heard of a small percentage of the people in the room. That being said, only introducing yourself to the people you have “scouted” could prove to be an error. Go ahead and shake as many hands as possible. Some of those people will never speak to you again, but there might be one or two that are riding the same wavelength you are, and that is what we’re looking for. If you don’t ask, you’ll never know.

Networking for Today and Tomorrow

One of the more common networking mistakes is walking into a room and only focusing on meeting people who can help you right away or with the project you’re focusing on at the moment. While it’s great to focus on the here and now, it’s even better to have the foresight to get to know people that can help you in the future. To do that, you need to have a long-term plan and vision for yourself as professional. When you have these goals floating around your head, you will recognize the type of person that you want and need to build a relationship with.

If you’re going to an event to only serve your own needs, you won’t make many friends in any industry. The key to building a positive reputation around industry circles is to, first and foremost, provide value to others. By offering to introduce people to one another or offering to be of service to someone else, you will establish yourself a connector and open yourself up to have the favors returned tenfold.

Meeting People away from Business

One of the golden rules of networking is that networking DOES NOT stop when you’re away from the business environment. In other words, keep an open mind about meeting new people regardless of where you are and whom you’re with. Jeremy Roll of FIBI, who I consider a friend and a leader in our industry, once told me a story about meeting a significant business contact at a Quizno’s. The moral of that one is that networking goes beyond a “networking” setting.

The Fortune is in the Follow-Up

An introduction and exchange of contact information is only the first step of a lengthy yet rewarding process known as, “the follow up.” Statistics show that a business arrangement is made not on the first, second, or third contact, but rather the eighth, ninth, and tenth contact. Now, there’s a big difference between connecting with someone several times and hounding someone until they consider you a nuisance. You must find that perfect balance and make sure you’re touching base consistently without sounding like a telemarketer. Much like all the other points I have made here, having a game plan on how to make these touches is essential.

You’re More than your Business

If someone understands your work, does that mean they understand you? Is your business an all-encompassing representation of who you are as a person? I didn’t think so. There’s more to all of us than the words on our business cards. Let people get to know the person behind the brand. It’s almost a cliché these days, but people aren’t buying a product, they’re buying you, an actual person. If you can make a personal connection – a hobby, a passion, a sports allegiance, etc. – you will greatly improve your value to a person by the mere fact that they will actually remember you. If you met 50 people at an event and 2 of them are from the same neighborhood you grew up in, which ones are you likely to remember?

These are only a few of the things that I will be breaking down tomorrow, September 16th, at 11:00 am PST on “The Effective Networking Effect” webinar. Be sure to REGISTER and join us for FREE as we really delve deeper into this fascinating topic.