NOT Your Typical Hard
Money Lender

MOR Financial is a California based mortgage company that specializes in private money lending. Private loans are secured by real estate properties, both residential & commercial. Our company is dedicated to a hassle-free submission process allowing you to focus on your business and investments.


MOR Financial has over 50 years of combined experience funding private and conventional loans. We work with many local and national mortgage investors to help our clients find the right loan that best fits their needs.


Most of our team members have years of experience in the real estate arena from escrow and title to sales and hard money lending in the state of California. Our combined expertise gives us an advantage as a well-rounded company that offers solutions to most problems. Our staff offers professionalism unparalleled in the industry, a quality that is has been consistent in all our client testimonials. Our promise to you is simple: You will always be able to get a hold of one of us and you will always get a direct response from the team member you are looking for. 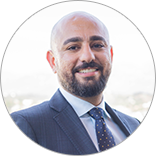 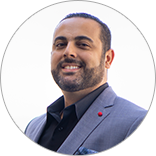 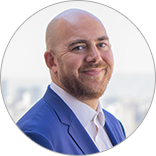 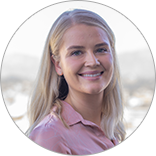 Sean Kareem Morsi is the founder and Chief Executive Officer of MOR Financial. While attending San Diego State University, Sean began his career with Premier Bancorp as a loan consultant in 2003. Shortly after earning his B.S/B.A. degree in Economics, Sean founded MOR Financial in 2006. Sean is a licensed CA Real Estate Broker and has been involved in real estate lending transactions that exceed $500 Million.

With a B.A in business administration, emphasis in entrepreneurship from California State University Fullerton, Mike immediately applied his entrepreneurial mindset and business development skills to Alternative Investments. During the credit crisis of 2008 he built his name nationwide by being one of the largest distressed un-secured asset buyers in the state of California. He has acquired and liquidated more than $100,000,000 of notes from AAA rated institutions such as Wells Fargo Bank, Bank of America, and Chase bank. He consistently applies his knowledge of business development and alternative investments towards the diversification and risk mitigation benefits of trust deed investing.

Steve has been with MOR since 2014 and as the Vice President of Lending, he is responsible for establishing and developing working relationships with new borrowers, as well as managing and maintaining relationships with existing borrowers. He has the highest personal funding record at MOR set at $10,579,000.

Born and raised in the Bay Area, Steve moved to Los Angeles in 2007 to attend California State University Los Angeles. A licensed Realtor® since 2011, Steve started his career in Real Estate as a buyer’s specialist in the San Fernando Valley, specializing in investment acquisitions. With his experience working directly with Real Estate investors on the acquisition side, Steve brings a unique perspective to his relationships with the borrowers he works with.

Raised along the redwoods on the northern California coast, in Humboldt County, Summer moved to southern California to attend California State University, Long Beach where she received her B.A. in anthropology. While still new to asset based lending, she was introduced to real estate investing a few years ago by her father when he bought multiple rental properties in California. She is in the process of getting her real estate license with the plan of growing her career at MOR Financial. 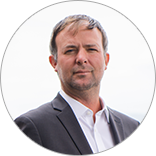 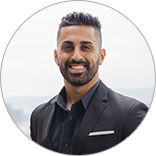 From his earliest years, Dan was a product of the land. Both his mother and father's families are generational Californians that owned farms in Sonoma County. Raised in Sonoma, he attended California State University, Chico, majoring in business administration. Since 2001, Dan has worked in real estate development and construction in California, Arizona, and Mexico. History, architecture, travel, and entrepreneurship are his passions when he's not spending time with his wife, Michelle and daughter, Ashlyn.

Divij is an account executive with MOR Financial. He is responsible for establishing and developing relationships with new borrowers, as well as managing and maintains relationships with existing borrowers. Raised in Orange County, Divij moved to Los Angeles in 2014 to attend the University of Southern California, where he studied business & entrepreneurship in the Marshall School of Business. A licensed Realtor since 2016, Divij started his career in real estate as a buyer’s agent, working with residential real estate investors and first time buyers. Having several years of experience in real estate sales, Divij brings a unique perspective to his relationships with his borrowers, and prides himself on excellent communication with his clients. 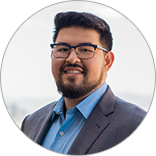 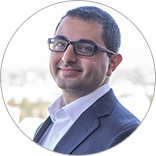 Antony Tobar is a Los Angeles local, with a background in accounting. Starting as a file compliance administrator at MOR Financial, he moved his way up to an investor relations account executive. Along with the CEO and COO of MOR Financial, Antony guides passive investors into trust deed offerings. Antony is knowledgeable about every transaction he presents to investors; from the origination of a trust deed to the servicing. He is well-informed and is able to assist the passive investor with any questions or concerns. Prior to MOR Financial, Antony headed his family business for five years handling the basics of day-to-day operations to the complicated decision making that comes with owning a business. To this day, Antony helps his family business on his free time while focusing on real estate investment opportunities and striving to educate himself in other aspects of investing other than trust deed offerings.

Sam has been with MOR since 2012 building and establishing long term relationships with Passive Investors dedicated to funding transactions for Active Investors.

Peter has been the Executive Administrator and Investor Relations Account Executive at MOR Financial Services. With over a decade of commercial and residential property management experience, he has a great enthusiasm for maintaining property rentals, enforcing leases, and securing and renovating properties. He is dedicated to the growth and success of MOR Financial’s clients. Peter has a B.A. in Economics from the University of Southern California.

Jeanine has been in the mortgage business for over 20 years. Jeanine's experience ranges widely through all gambits of underwriting mortgage loans from processing to closing. Ensuring compliance throughout the transaction and securing the appropriate protections for our investors are her utmost priority. 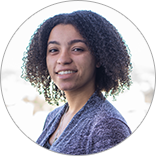 India is the servicing administrator here at MOR Financial. She graduated from California State University, Dominguez Hills in May 2019 with a B.S. in business administration with a concentration in accounting. She received her A.A. in business administration at Pasadena City College in 2018. India started working with MOR Financial in October 2017. Her knowledge in accounting and business has helped her rise to become the head of the servicing department.

Danny grew up in Orange County and is a recent graduate from California State University, Fullerton where he got his B.A. in business administration with a concentration in marketing. Some of his hobbies are photography and videography, where he enjoys creating content and storytelling.